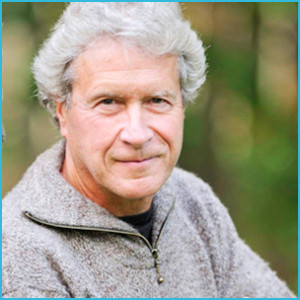 As Chief Economist at a major international consulting firm, John Perkins advised the World Bank, United Nations, IMF, U.S. Treasury Department, Fortune 500 corporations, and countries in Africa, Asia, Latin America, and the Middle East. He worked directly with heads of state and CEOs of major companies.  His books have sold more than a million copies, spent many months on the New York Times and other bestseller lists, and are published in over 30 languages.

The New Confessions of an Economic Hit Man (2016), a follow-up to John’s classic New York Times bestseller, brings the story of economic hit men and jackal assassins up to date and chillingly home to the U.S. It goes on to provide practical strategies for each of us to transform the failing global death economy into a regenerative life economy. The 2004 classic, Confessions of an Economic Hit Man (73 weeks on the New York Times bestseller list, 32 languages), along with The Secret History of the American Empire (New York Times bestseller) and Hoodwinked, were groundbreaking exposés of the clandestine operations that created the current global crises.

John has lectured at Harvard, Oxford, and more than 50 other universities around the world. In addition to economics, politics and global intrigue, he has written books on indigenous cultures and transformation, including Shapeshifting, The World Is As You Dream It, Psychonavigation, Spirit of the Shuar, and The Stress-Free Habit. He has been featured on ABC, NBC, CNN, NPR, A&E, the History Channel, Time, The New York Times, The Washington Post, Cosmopolitan, Elle, Der Spiegel, and many other publications, as well as in numerous documentaries including The End of Poverty?, Zeitgeist Addendum, and Apology of an Economic Hit Man. He was awarded the Lennon Ono Grant for Peace 2012, and Rainforest Action Network Challenging Business As Usual Award. He is a founder and board member of Dream Change and The Pachamama Alliance, nonprofit organizations devoted to establishing a world that future generations will want to inherit.

“It was the goal of the University of Aruba to have a speaker that would inspire our general public and encourage critical thinking that would help shift our usual conversations in society. John Perkins delivered and much more than that. He educated us about the kind of death economy that we are conditioned into believing is the only reality possible and held out the hope and vision of a life economy that honors life and recognizes the value of deep relationship and connection.”

You can find out more about which cookies we are using or switch them off in settings.

This website uses cookies so that we can provide you with the best user experience possible. Cookie information is stored in your browser and performs functions such as recognising you when you return to our website and helping our team to understand which sections of the website you find most interesting and useful.

Strictly Necessary Cookie should be enabled at all times so that we can save your preferences for cookie settings.

If you disable this cookie, we will not be able to save your preferences. This means that every time you visit this website you will need to enable or disable cookies again.