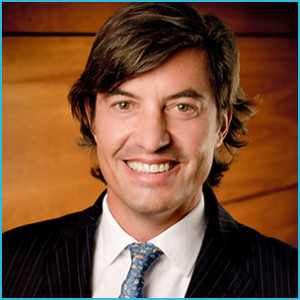 Based in Madrid, Spain, Carlos Escario has been an entrepreneur for over 20 years. He was a founder of Integrated Logistics Services, Ltd. (SLI) in 1991. SLI became a Spanish leader in the field of logistics and transportation operations with subsidiaries in the UK, Italy, Holland, Belgium, Portugal, Hungary and the US. In 2002, SLI merged with UTI Worldwide, a global NASDAQ-listed company based in Los Angeles, CA.
The merger expanded Carlos’ roles and fueled more of his entrepreneurial drive. He developed new ways of thinking and doing as Vice President of Sales and Marketing for Europe, North Africa and the Middle East. He also served the company as Global Head of Strategy at the LA headquarters and President of the 27 countries of the European region, North Africa and the Middle East. Each of his various roles allowed him to be part of the global executive committee.

Carlos is an honorary professor of the CEU and is associated with ESIC Business Schools, Novacaixagalicia and is a European Business School professor. He serves as a faculty member of Global Leadership Program (GLP), a consortium of global corporations based in Asia, Europe and North America, protected by MESA Research Group and School of Inspired Leadership (SOIL) in India.

Carlos also serves as a visiting professor of the Leadership Center at the Catholic University of Arequipa (Peru), and the American Liberty University (US).
He has participated in the program Achieving Breakthrough Service, Harvard Business School. He has been trained in the US in the Robbins Research Institute and is a platinum partner with Anthony Robbins; Richard Bandler in the Design of Human Engineering and Professor Luis Huete in the areas of transformation, organization for the client, business development and innovation.

Carlos holds both a BBA and MBA from IESE Business School, and a Masters and PhD in Marketing from the Rey Juan Carlos University.

“Carlos has a passion for helping companies and leaders understand and realize their potential and optimize their outcomes for growth.”